Although I threw away or donated a great many possessions while cleaning out my room, I also came across many more things that I wanted to keep. I might get rid of them someday, but for now, the memories are worth the closet space.

To start, this is a keychain that I found hanging from one of my old purses. I think I bought it at a Christian bookstore, though I’m not sure about my motive. Was I trying to passively aggressively judge all the heathens at my school who wore cross jewelry as fashion? Who knows? Or maybe it was a gift from someone. LOL I can’t remember. 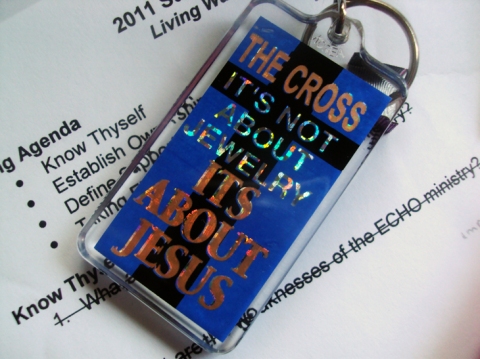 Somehow I had a bunch of unused party invitations. I thought about using them because my birthday is coming up, but I had already sent out email invitations…technology ftw! 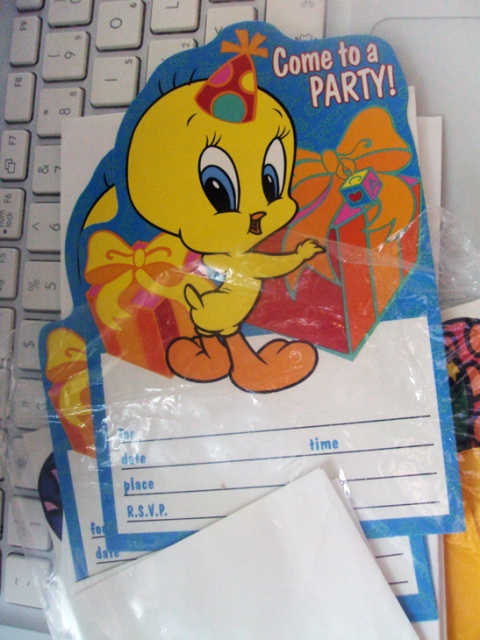 I have a shoebox full of birthday/Christmas/greeting cards from the past few years. I hate throwing them away, but what else can you do with these things but keep them in a box to look at again later [or never]? 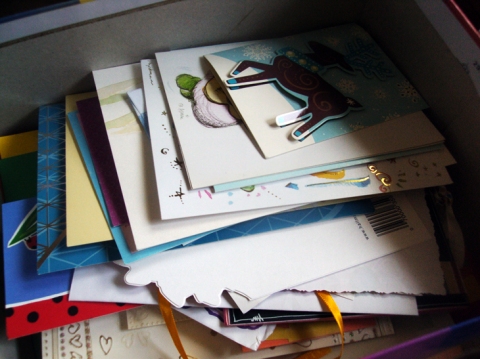 I also found a shoebox full of school supplies, like notepads and reinforcers. HA HA HA. I surreptitiously stuck them on my brother’s bookshelf because I’m pretty sure I’ll never use them. 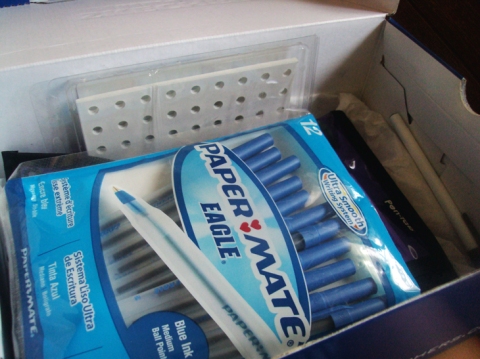 This is the coolest pencil ever. Except nobody uses pencils anymore. Though reporters are advised to do so in case of rain. I think the biggest issue is that in this Inter-webbed world saturated with immediate gratification and instant results, we simply do not have the time to sharpen a pencil. It’s so time-consuming. 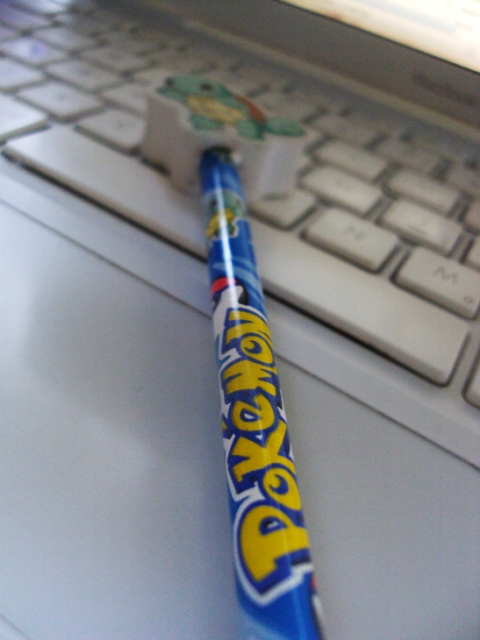 I discovered an old-school film camera that I guess my parents gave me for no reason. Maybe someday somebody will teach me how to use it…

During the course of our psuedo-relationship, AS gave me two bears. The smaller one, wearing a cute pink kimono, was from New York. The Build-A-Bear was ostentatiously delivered to my house in one of those huge house-boxes. One might ask why I bother keeping sentiments from past relationships — it might seem pathetic? — but it’s not like I’m still in love with these people. However, the feeling of having known good times lives on :) 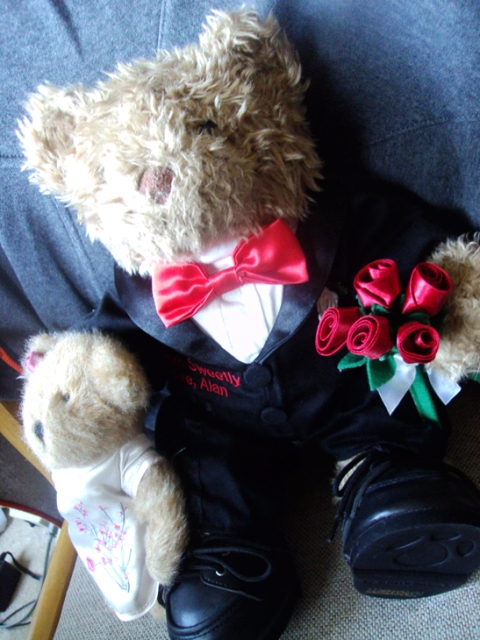 Say what you will; Sleeping Beauty is still my favorite Disney princess >_> 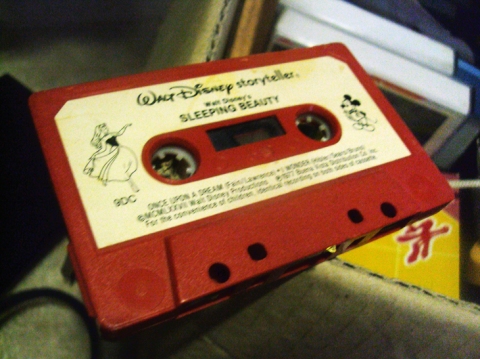 Some old-school photos of me. Nowadays people say I look like my mom, but that’s because makeup and stuff makes me look different. Au naturel, there’s no denying that I still look like my dad. 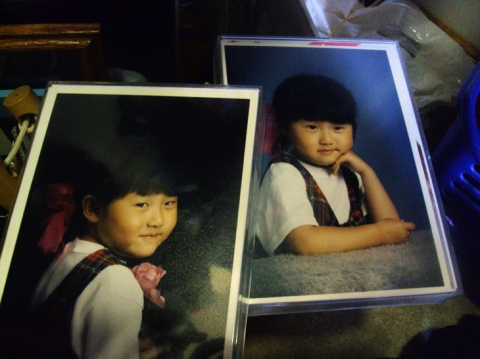 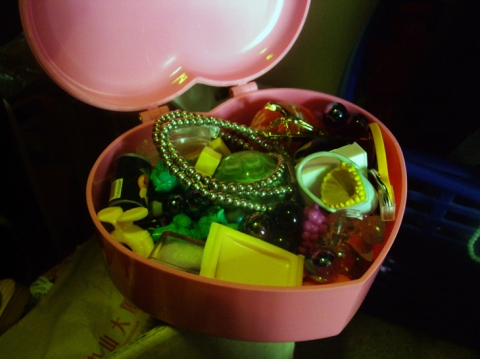 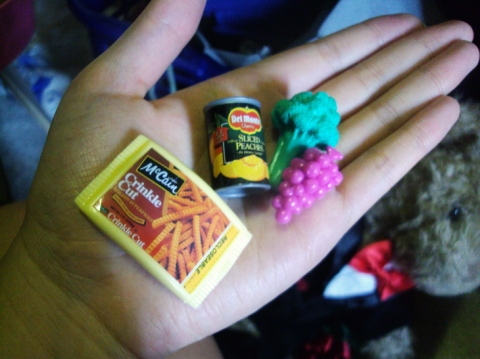 The developing glutton in my younger self loved to play with the toy food that came with the grocery store Barbie set I used to have. There was even a shopping cart and a cash register. But I think I liked playing with the food more than my actual Barbie. 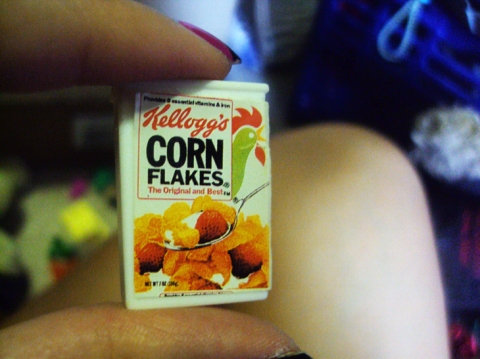 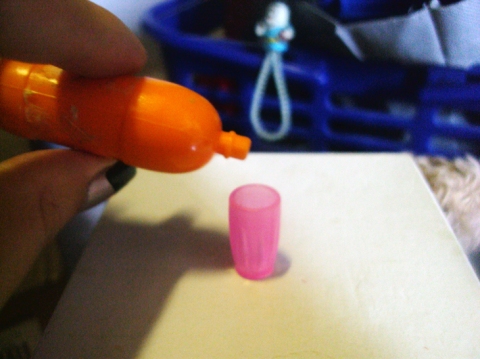 Or perhaps a meal of corn & bananas with a side of My-Little-Pony milk? 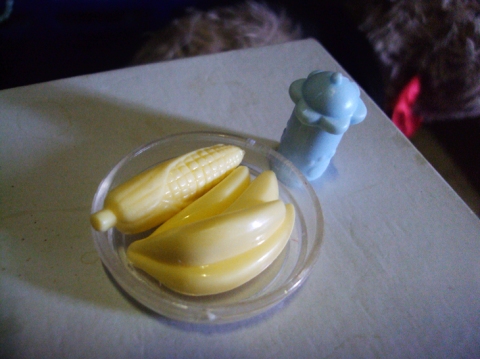 Did anybody else play with Crazy Bones? Gawd I loved these things. In the past year I couldn’t remember the name of them for the longest time and almost drove myself crazy trying to Google it… 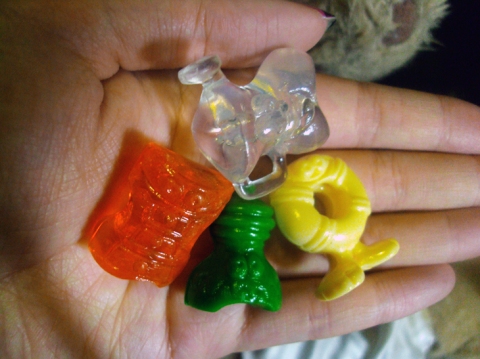 The best playing cards ever: made in China of course. 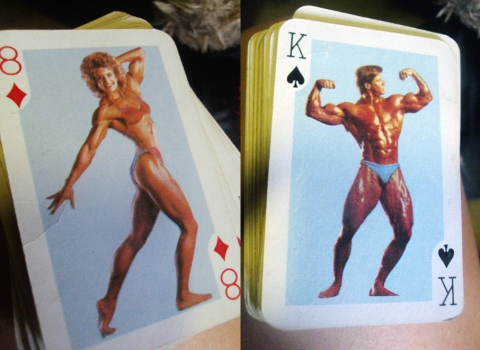 I also dug up a class photo of my second grade classmates from when I lived in Downer’s Grove. I’ve always meant to go back to that school and … play on the playground or something. I had good memories from those days. Good thing Facebook lets me creep on my old classmates so I can see what they look like now muahaha! I wonder if any of them would remember me. 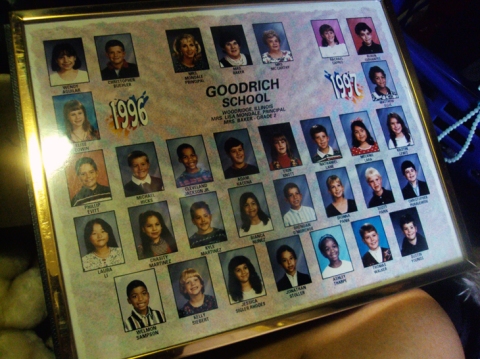 I have two tubes of breast cream. My aunt gave them to me when I went to China in 2008…because I guess I wasn’t the only one concerned with my chest size. I have no idea. I think I tried it for a while but then stopped because I had no idea what the ingredients would do to me, and I didn’t want to give myself breast cancer. I honestly have no idea what to do with these but I’ve stashed them in the bathroom cabinet for now. 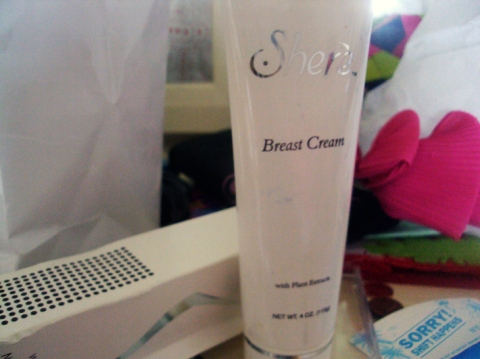 Lastly, I discovered some old photos of myself that I didn’t even know I had. I reeeeeally look like my dad in the bottom right one. 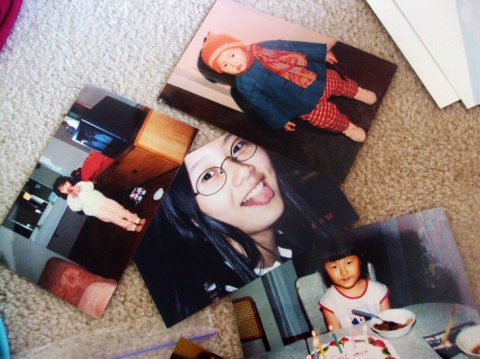 Cleaning my room has been relieving and inspiring! I highly recommend it to everyone :)

You are currently reading The Things I’m Keeping at auradis.